Email Chris Chris is an award-winning homebrewer that learned how to brew in Grand Rapids, Michigan, a city which won the title of “Beer City USA” in 2012 and 2013 according to a public poll conducted by Charlie Papazian. Charlie Papazien is author of “The Complete Joy of Homebrewing,” and founder of the Great American Beer festival, the American Homebrewers Association and the Brewers Association. Chris brews both beer and mead and has won awards with the Savannah Brewers League.

Chris lives in Savannah, Georgia with his wife and daughter. He is passionate about aviation. He is a pilot and works as an engineer in the aviation industry. He is passionate about God. He has led a small group and a prayer team at his local church. He founded a community prayer group for local people and churches to come together in prayer online. He founded a mission called “HOPE – Helping Others through Prayer and Encouragement” which provides pocket crosses to people sick with cancer and other serious illnesses to remind them that God is near and has not forgotten them. Chris co-founded the first WWJB group when living in Grand Rapids with his pastor and friend, Matt Bistayi. 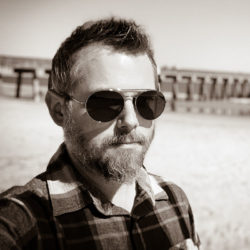 We're currently offline. Send us an email and we'll get back to you, asap.

What Would Jesus Brew?